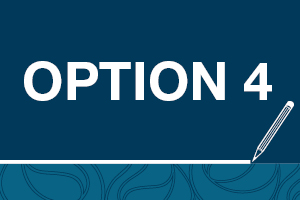 Under this option the existing ward structure would largely be retained, with only minor changes being made to ward boundaries.

The significant change with this option is that the total number of councillors would reduce from the existing 11 to 7 councillors. This means that Malvern and Ellesmere wards would move from having two ward councillors to one in each ward.