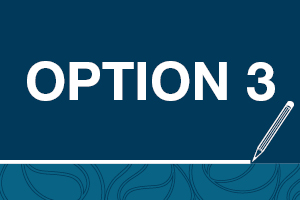 Under this option, the existing Springs and Ellesmere wards would combine into a single new ward, Springs-Ellesmere. Selwyn Central and Malvern wards would remain, but with altered boundaries. The major changes include

The total number of councillors would reduce from 11 to 9.